Hospitals on the Lookout for Human Trafficking 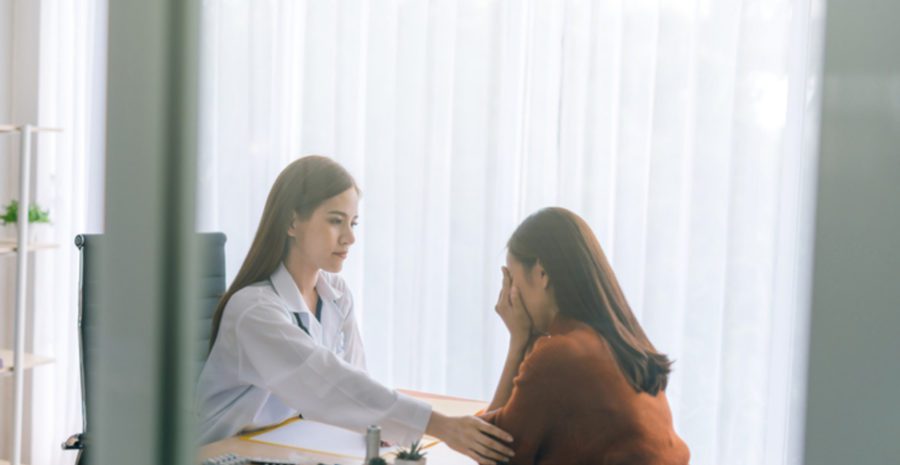 She might appear malnourished, fearful or confused about what city she’s in.

Her body may have signs of torture or physical restraint.

She might have a tattoo indicating she is owned, like a barcode, someone else’s initials or a symbol representing money.

She might be dressed inappropriately for the weather, wearing shorts when there’s snow on the ground.

The person accompanying her, who says she’s her mother, her best friend or her roommate, seems off. The companion is either silent or is controlling and speaks for her. Either way, he or she refuses to leave her side.

These are just some of the red flags that Dignity Health—a network of 40 hospitals spanning Arizona, Nevada and California—is making sure all of their employees can recognize which can indicate a someone may be a victim of human trafficking. It’s all part of their recently launched Human Trafficking Victim Response Program led by Holly Austin Gibbs, a nationally renowned expert on sex trafficking and a survivor of child sex trafficking herself.

Whereas recognizing domestic violence has long been part of the standard training nurses and other personnel receive, human trafficking awareness has only recently seen an uptick, even though the epidemic has sadly been in existence for thousands of years.

Within Dignity Health, everyone from physicians and nurses to custodial staff and security guards will soon be able to recognize and, in best case scenarios, help intervene with human trafficking, possibly saving someone’s life.

Previous PostGuns and Violence Against Women: America's Un...
Next PostSurvivors Can Now Text for Help